Subscribe and Enjoy 10% off on your first order: WELCOME10

Thank you for submitting a review!

Your input is very much appreciated. Share it with your friends so they can enjoy it too!

FacebookTwitter
Be the first to review this item
Filter Reviews:
×
Clear filter
More Filters
A
09/09/2022
Anonymous

My experience with this product has been better then expected. I always had problems covering my house and garage. Since set up I have not had a single problem problem connecting with any devices anywhere on my property.

I'm an IT person, Net+ certified with 5 years experience. I spent twice as much on a nighthawk wireless router ac2400 and this system is almost half as $ and I am now getting perfect wifi coverage and the same speedtests on wifi as I do on lan cable. We are a family of 4, each with devices and a smart tv for streaming. When we would stream our wifi would go out, but now with this mesh system we no longer have issues. Our outside coverage is better too by about 20 feet and much faster.

Awesome! Returned a previously purchased router (no name mentioned), which did not have enough coverage and purchased this one and it is amazing. Thank you.

So Far So Great

I purchased this system this week because the router that I had was around 8 years old and I figured it was time for a change. In addition there were a few annoying dead spots around our house that I wanted to get rid of.I focused my search on the new 'mesh' systems since they are reported to minimize those dead spots. I did some research using a few different sources online and found that T-Link was one of the best reviewed systems and found that the Deco 9 specifically was indicated for 'thick walls'. We live in a fairly new 4000sqft house with steel beams and multiple levels which seemed to have limited our old router. Given that this system is indicated for houses up to 6000sqft houses I thought that it might be overkill, but thought better to buy too much than run into the same issue that I was having. In addition this system is reported to use the houses existing wiring as a "belt and suspenders" form of communication between the base units secondary to wireless signals.Upon receiving and unboxing the system, the set up was a breeze with the app that I downloaded on my phone. The primary unit is in my basement which is where the internet and modem is located. The other two units are on the main living level and were set up very quickly with no issues.We have been living with the system for 4 or 5 days now and all of the dead spots from the previous router are gone. The signal in general is much stronger throughout the house and everything is running noticeably faster.I would expect our experience to remain very positive and we are very pleased with our choice. Would highly recommend. 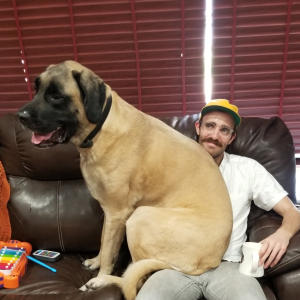 I bought this product because it was among the cheapest options that includes Fast Roaming, which is to say your device can quickly switch between hotspots. This is important to me since there's no cell service where I live, and when walking from one side of the house to the other, my phone would frequently drop calls over wifi. Once I bought this setup, I have had no issues -- everything works perfectly. Easy to set up and manage.